Some of the brightest coaching minds in beach volleyball will share their expertise at the 2021 AVCA Convention. The convention schedule will include an education track targeted specifically for beach coaches. Both on-court and classroom sessions will be offered led by some of the top coaches in the beach game. The sessions will include topics ranging from player development and training methods to new drill ideas and team systems.

In addition to the educational sessions you won’t want to miss the Beach Coaches General Meeting on Friday morning as well as several focus group discussions to dig deeper into specific topics and have conversations that help move the sport forward. 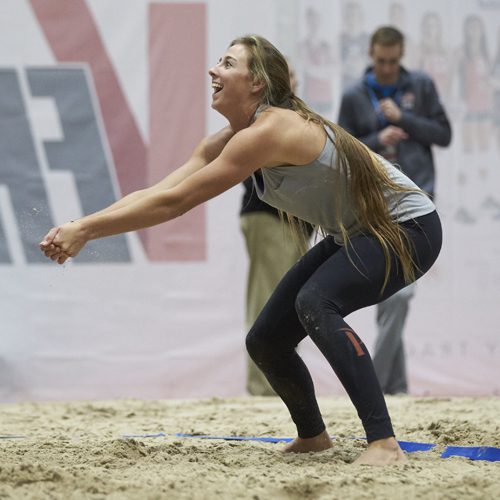 • Beating Giants Part II – Breaking Into the Next Level: Being the Underdog AND the Team That Plays the Best on the Day – Steve Anderson (Olympic Gold Medal Coach)
11:45 a.m. – 12:45 p.m.

• Lots of Ways to Slice an Apple: How to Create an Environment that Teaches Athletes on Their Own Terms – Andrew Fuller (Stanford Head Beach Coach)
2:30 – 3:30 p.m. 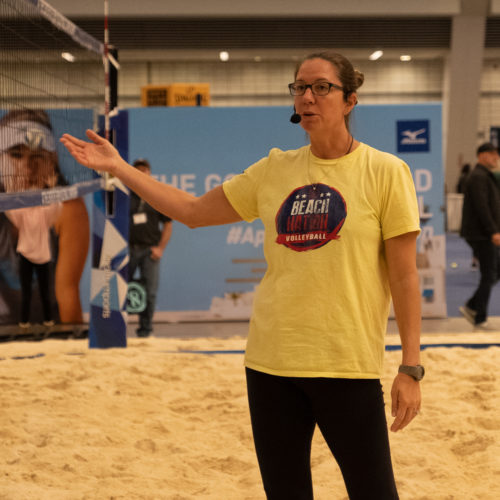 Have you ever lost your performance in a big match? Most of us have. What makes it worse is that up until the moment you choked your performance and practices were going good if not great. This session digs in deep as to why we choke, how to prevent it, and how to systematically build your performance throughout the match. The more you win, the more you have to lose. Real risk is necessary to get into your peak unconscious competent state, known as the Zone. The problem is most people don’t like being under real pressure and stress. To consistently win at the highest-level pressure has to become your friend, and the trigger that elevates you to the next level. This session is for coaches who want to expand the ability to call up their highest performance under pressure. You will learn why people don’t like to lose, and other’s are afraid to win. You will also learn some strategies and skills to build your way to winning matches.

• Get Your Players Out of Their Heads: The Who, What, When, Where, Why and How of Sport Psychology in the Beach Game – Laura Ratto (Sports and Exercise Psychology Consultant) & Anna Hennings (Pepperdine University Women’s Beach)
2 – 3 p.m. ET