The American Volleyball Coaches Association will bring 30 student-athletes to its 2022 Convention in Omaha, Nebraska, to serve as demonstrators for its on-court educational sessions.

The scholarship program, now in its second year, has expanded from 16 to 30 participants. In addition to responsibilities during on-court sessions, the group will be able to attend other educational seminars—many of which focus on professional and personal development for coaches—and learn more about the profession by networking with the hundreds of coaches attending the Convention. One of the factors in the selection of the demonstrators was their interest in pursuing a coaching career.

The 2022 demonstrators are a diverse group that includes 24 indoor players and six beach players. They play for 29 different schools in 18 states and represent a good mix of positions and classes. The demonstrators also come from across the levels of collegiate competition, as there are 15 Division I players, six Division II players, four Division III players, three from NAIA, and two from Two-Year Colleges.

This scholarship program is a byproduct of the NIL landscape. Until last year, it would not have been possible to pay to bring student-athletes to the event, but now the rules allow the AVCA to offer scholarships that cover event registration and hotel costs so the 30 players can attend the AVCA Convention.

This year’s AVCA Convention, to be held in December 14–17 in Omaha, will feature over 100 educational sessions with thousands of volleyball coaches expected to be in attendance. For more information, please visit the AVCA Convention website: http://avcaconvention.org.

The AVCA is offering a demonstrator scholarship to female collegiate indoor and/or beach athletes who are willing to participate in on-court sessions at the 2022 AVCA Convention in Omaha, NE December 14-17. During on-court sessions demonstrators will be coached by our presenters. Demonstrators will participate in a mixture of drills and 6 on 6 play as presenters share coaching/training strategies with convention attendees.

Demonstrators will be evaluated and selected based on position needs of convention presenters. The AVCA will provide each selected demonstrator with a complimentary Pre-Convention Seminar and Full Convention registration and housing with another demonstrator. Demonstrators will get a glimpse of what a career in coaching could look like through specialized educational and networking programming.

To be eligible demonstrators must: 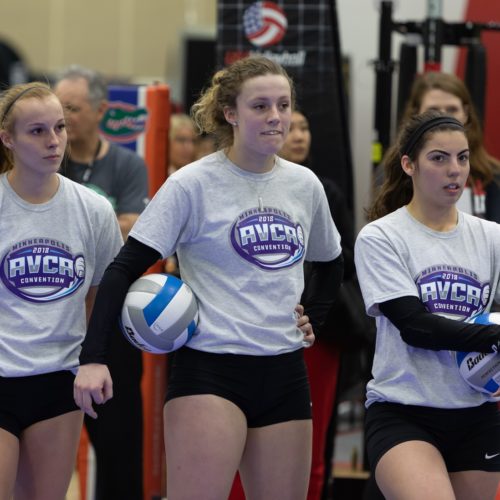 In addition, the athlete’s head coach must be a member of the AVCA to be eligible.

If you have questions please email allison.ivetic@avca.org.

*Due to recruiting rules, high school aged athletes are not permitted to participate as demonstrators.